Pakistan Tours Guide has engendered a comparison matrix of beaches of Pakistan and Thailand that prove our beaches are just as good! 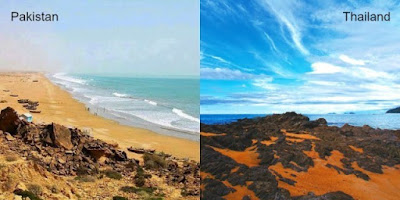 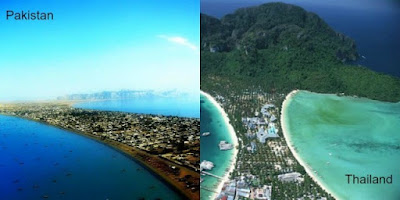 Similarly to each other, both cities lie in the middle of beaches at both ends. Demographic twins?
3. Clifton Beach, Karachi 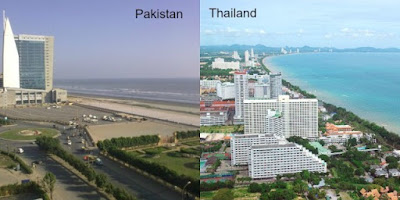 The curve of the beach is so melodramatic in both pictures, makes you wonder what if the beach from Balochistan was a little greener on the mountain top?
5. Astola Island Beach, Balochistan 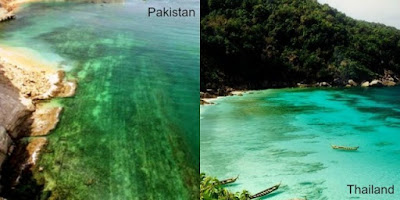 Golden sand and fresh blue water in both pictures. How are they any different?
7. French Beach, Karachi 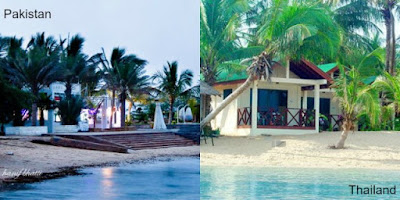 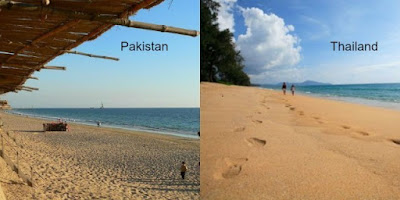 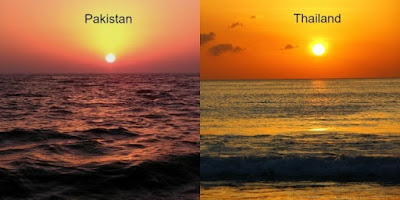 Similar constructions in front of the beach. It’s not magic nor voodoo – just how people prefer living.
4. Pasni Beach, Balochistan 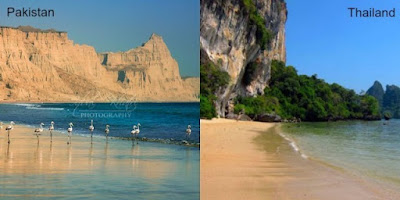 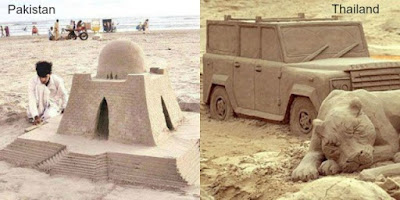 Plan your Trip to the 9 beautiful exotic beaches in balochistan.

Whenever we talk about Beaches in Pakistan, We think of sea view, French beach, Manora or some other Karachi beach. But there are more beaches in Balochistan than Karachi. Very few people know this. Well it’s time to know and show you some of exotic beaches in balochistan that you wouldn’t believe they existed in Pakistan.

Astola beach also known as ‘Island of the Seven Hills’, is a small Island in the Arabian Sea

The Gwadar beach is home to astonishing wind-carved rock formations on them on one side and pristine beaches on the other side. 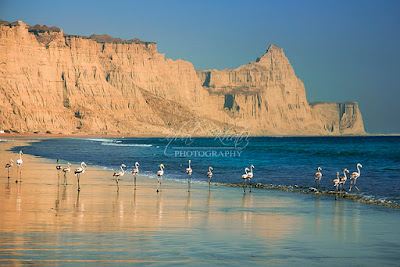 This is jiwani beach which is shared between Iran and Pakistan 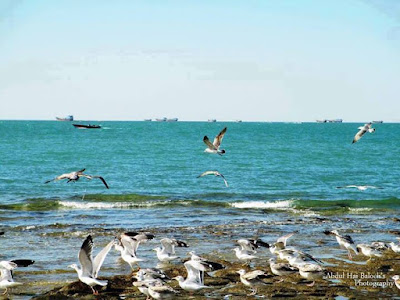 kund malir is a desert beach in Balochistan near Hingol, about 145 km from Zero-Point on Makran costal highway. 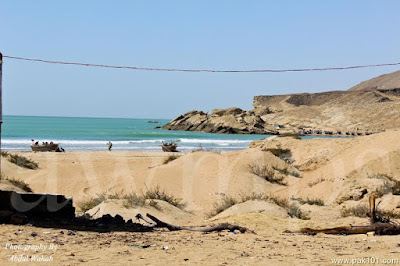 Lasbela is a coastal district of Balochistan, catering the Hashmi beach with shallow sand and clear waters. 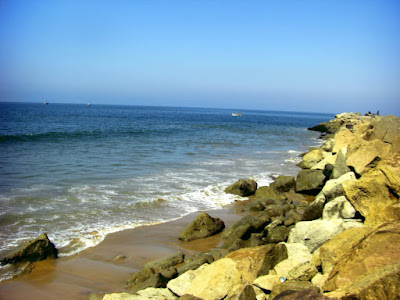 The Hammer-head beach in Ormara, Balochistan serves as a two-dimension landscape of a desert and beach, hand in hand. 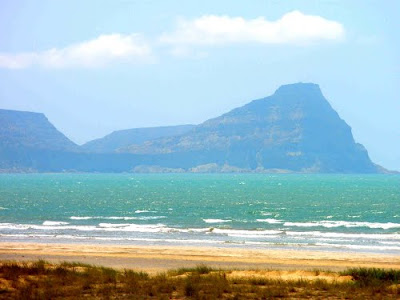 Pasni, is a medium-sized town and a fishing port in Gwadar District, Balochistan. The Pasni beach is a destined Fish harbor. 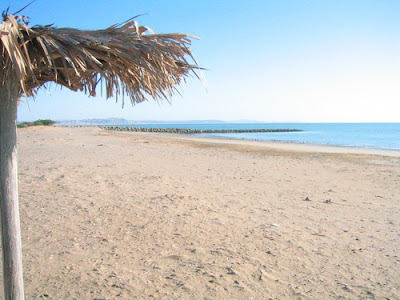 Sonmiani beach is a beach located in the Lasbela . The beach is a two-hour drive from Karachi and is very popular among tourists. 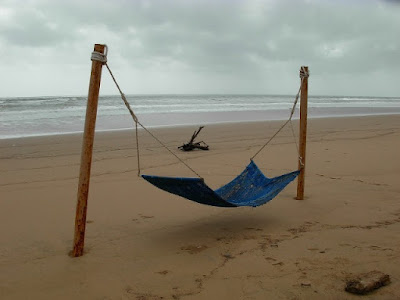 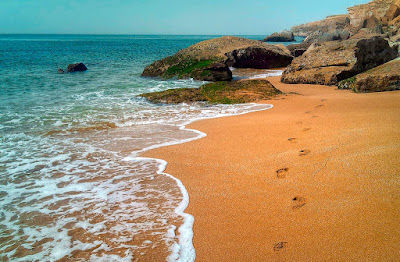 Plan your Trip to the 10 beautiful exotic beaches in balochistan.

Posted by Exact Management Services at 00:53 No comments:

AN EXCEPTIONAL EXPERIENCE EVERY TIME 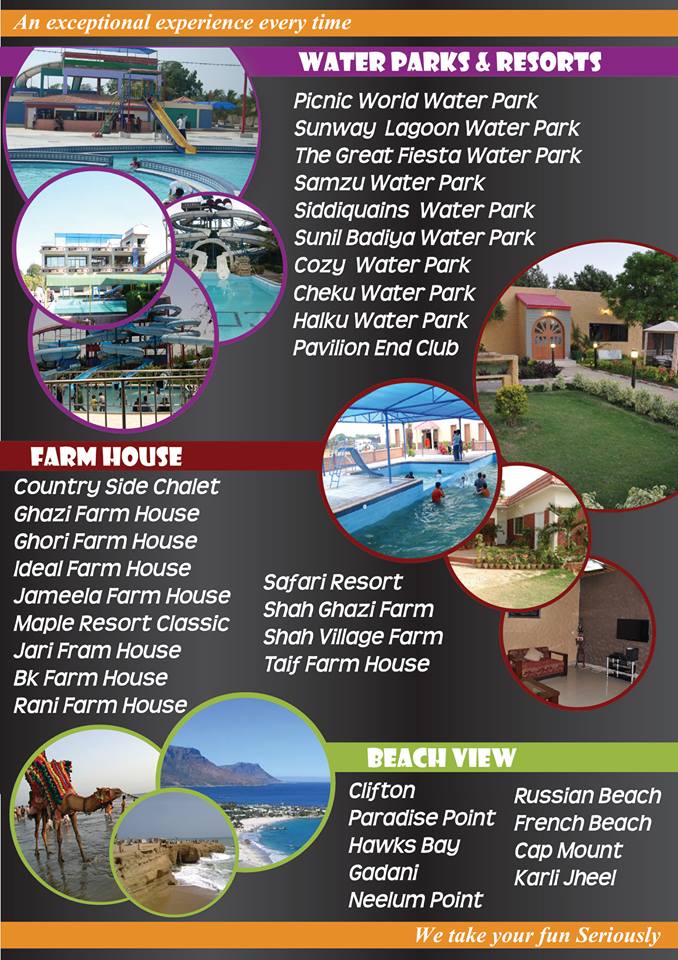 FRESH IDEAS FOR ALL EVENTS 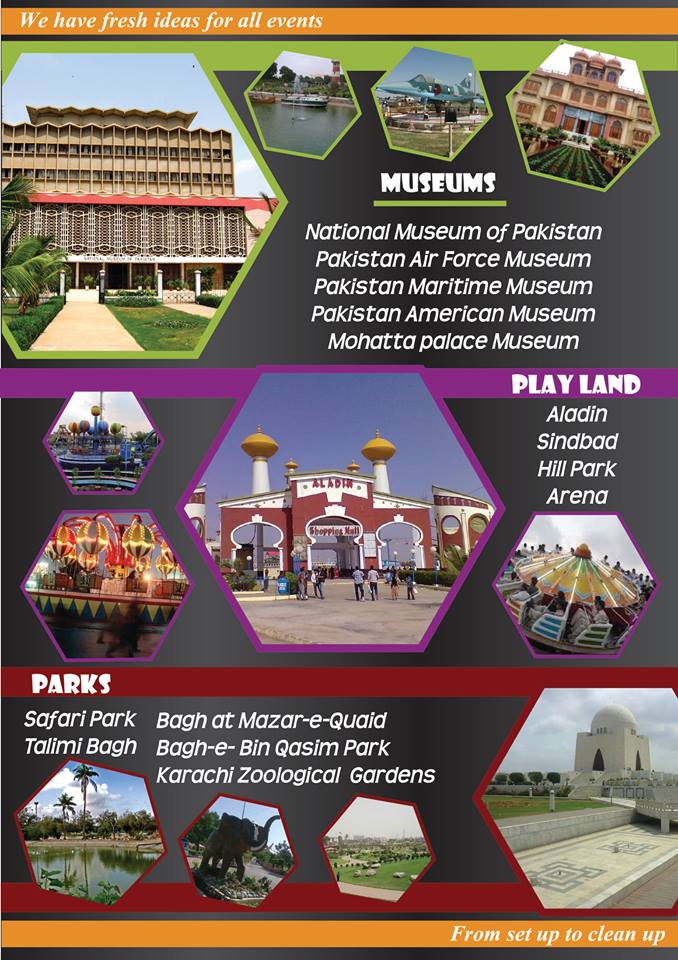 CELEBRATE YOUR PICNIC WITH EMS 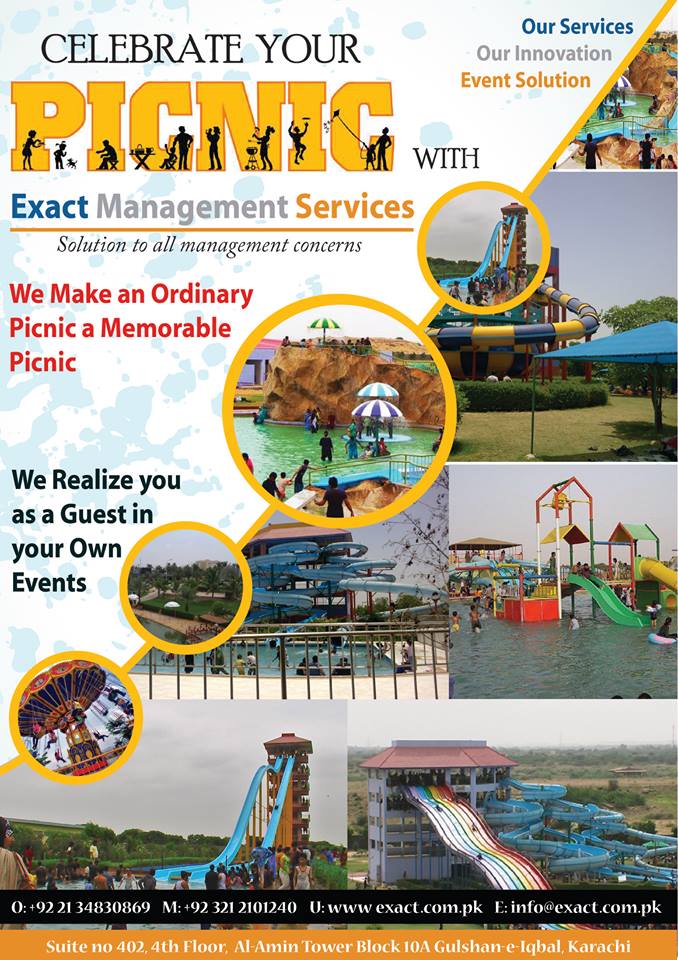